Loading ...
Here comes the real sea fight between two of the most dangerous predators of sea, one is the dangerous Orca also known as Killer Whale and another is the Great white shark. To know who is going to win the fight read this article on Compare Orca vs Great white shark.
Before going further lets took a brief look in both sea giant’s stats and facts. 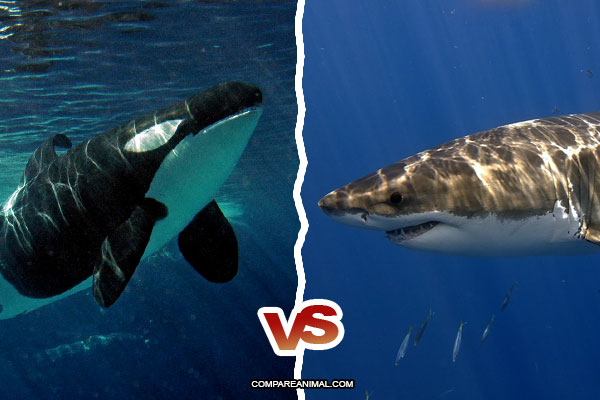 The duel between Orca and Great White Shark

In past these two sea predators had been met and guess what happened? A female orca brutally killed a full grown Great white shark and its fellow group orcas eat the liver of shark and leave the remaining body known as carcass to sink in the sea.