Loading ...
A fight between the Philippine Eagle and the Bald Eagle is something that anyone would be interested in watching. There is no record of the two birds ever being on the same battle field. The two species are majorly found in different geographical regions and therefore making it hard to bring them together for a fight.

The two preying bird species have unique characteristics and adorable physical features. One interesting fact about eagles is that they don’t sweat. Here is a comparison of the two birds: 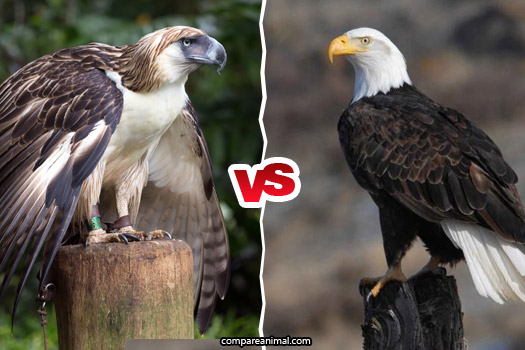 A combat between these two birds will definitely be a fierce one. Their habitat and feeding patterns also differ in a way that no enthusiast or researcher will confidently predict the outcome of a fight between the two. The winner will be determined by not only strength and size but also ability to maneuver in the air, speed and stamina.

Philippine eagles are known to seamlessly maneuver in any direction with high speed between trees in dense tropical forests. This behavior is enhanced by their physical characteristics. Though the bald eagle may be more intelligent, the Philippine eagle is likely to win a fight between the two.