Loading ...
Wild dogs or African wild dogs are also known as painted dogs or cape hunting dogs, they are the second largest member in wild canidae family just behind the gray wolves who are the largest extant species in canidae family. Lycaon pictus is the scientific name for wild dogs and they are in endangered protection status as described by IUCN.

Gray wolf who is also known as true wolf or timber wolf is the world largest extant animal of canidae family which weighs up to 47 kg and its length varies from 4.9 ft to 5 ft 5 inch including head & body. They are also considered in endangered protection status by IUCN. 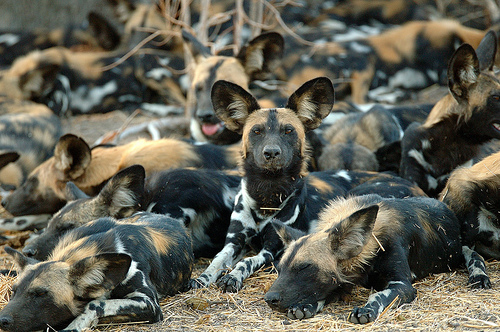 Gray wolves are found in Europe, Asia and North America especially in Alaska & Canada. They hunt in group called pack, and they prey on big and medium sized animals like moose, muskoxen, deer and bison on the other side African wild dogs also hunts in group name pack and they mostly prey on small and medium size animals like impala, gazelle, calves of wield beast, antelope and springbok. After killing their prey wolves became aggressive while eating on the other side wild dogs share their prey quiet calmly. 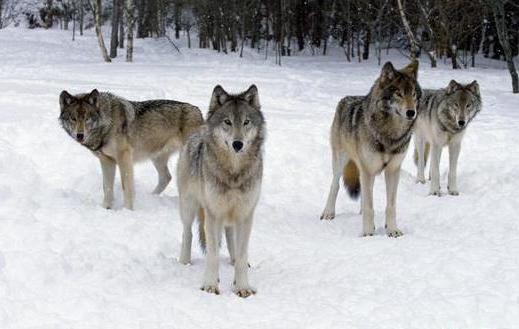 Wild dog can run with a great speed of 68 km/hr for a long distance and they hunt till the death of prey that’s why their hunting success is 81% on the other hand gray wolf can run with the speed of 54 km/hr to 69 km/hr and they can quickly achieve a speed of 45 to 55 km/hr.

Wolves preys are bigger and larger than African wild dogs which makes them dangerous than wild dogs in hunting but wild dogs hunt technique is far better than wolves that’s why their hunting is 81% success. This is a case where both canidae family members hunt in a pack but here we are talking about their individual comparison and fight.

As according to shape and size wolf has the upper hand over wild dogs as wolf is heavier, larger, taller and have bigger canine teeth than African wild dog, which make a sense that it can kill the wild dog quiet easily but it is not an easy task as it looks for wolf because wild dogs are very intelligent and they can easily found their opponent weak point.

At last I would say if there is a fight between African wild dog and Gray wolf then there is 80% chance of winning for Gray wolf.